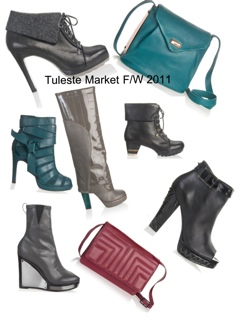 These days I’m all to thankful for the season of giving, sharing and sale-ing! It sweetens the seasonal pot even more when one of my favorite accessory designers’, Tuleste Market, has a sale worthy for the fashion masters to attend!

Some of Tuleste Market’s FW11 collection, which includes jewelry, handbags and boots that are comfortable and fits up to a size 11 foot, will be on sale Nov 16th – 17th. Markdowns will be from 50%-90%, making their pieces as low as $10 to $150 (boots here I come honey) 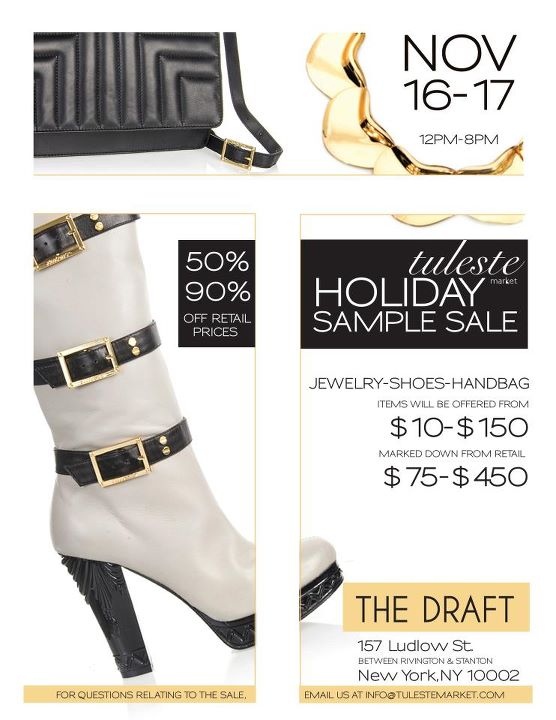 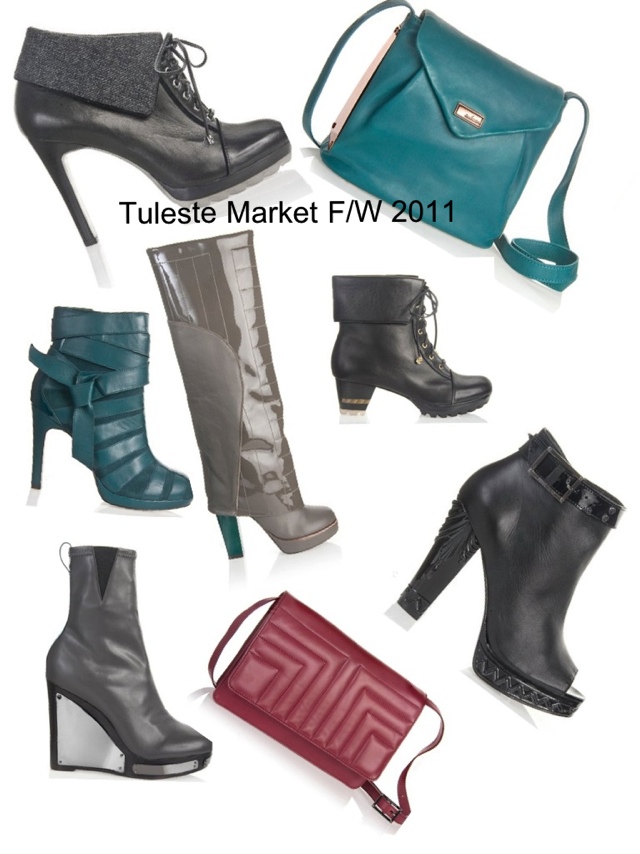 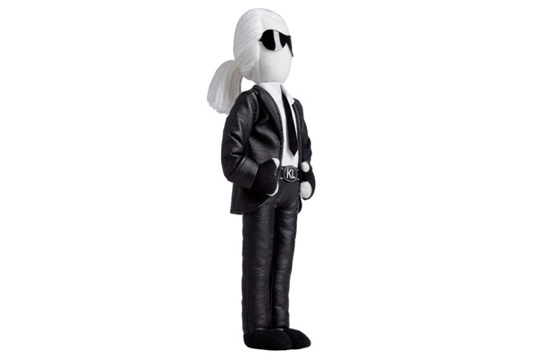 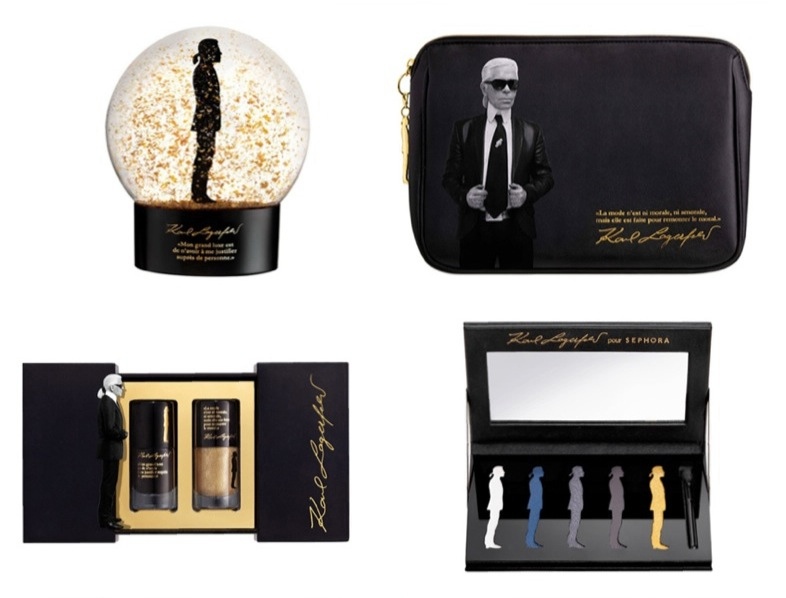 Karl why you playing us in the U.S? What have we done to deserve the abandonment. Don’t you think we would want your collection which was created with Sephora? Did you not think that maybe, just maybe hundreds of Americans would love to buy the eye shadows, nail polishes as Christmas gifts, or own the Karl Lagerfeld doll and not be judged since it’s of you. Let’s not forget the snow globe, helllooo we are suckers for snow globes, why not share the good stuff around the world?

We can’t help but be jealous of fashionable step-sisters, Europe and Singapore who the collection will be exclusive to. Now for those who are just hearing of the collaboration and will be in that region of the world, please stock-up since the Karl Lagerfeld for Sephora collection is being sold now.

I’m hoping that we will get some love over here, and that Karl and Sephora will make us feel like Cinderella soon, very soon, like New Year’s surprise soon. Until then visit Sephora.com for other gift ideas 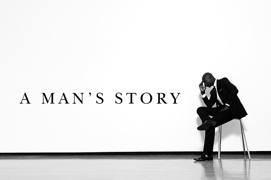 My Monday post came about a bit differently this week and was researched, edited and posted completely all from my IPad.

Well some days ago, my MacBook gave me the blue scree of death, leaving me with with no computer and lacking the ability to write, or so I thought. A weekend of Ipading and Iphoning the hours away, got me thinking, why can’t I just use the mobile devices I have? I found apps to insert captions, create collages, upload and export my images all mixing them together with the administration section of my website, giving everyone the final result which is…read on

Bond time is always sexy time. James Bond, the fictional character created decades ago, is a British Secret Agent, code number (007) who is man of charm, wits, physical strength, sex appeal, and stimulates the viewers minds, bodies, and everything else. (wink)
The movie franchise has made leading men out of a handful of British actors who filled the needed requirements for such a role. Personally I’ve never watched all of the James Bond movies, but better late than never, especially since Daniel Craig was the one that got me hooked and the suits than adorned his body fitted him like a well-tailored glove, thanks to designer Tom Ford.

Sadly Mr.Craig will be reprising the James Bond role for the last time in 2012 and a new 007 will have to fill his shoes. So who is tall, sexy, has a voice that will hypnotize us and a body to be worshipped with or without clothes on it?

Lately,there has been Hollywood talk about actor Idris Elba taking over the role, and hopefully he gets the role, so the phrase “tall, DARK and handsome” can finally be added to the characteristics of James Bond.

With a new Bond, there should be a new designer to dress the man. A designer who is known for his expertise in tailoring, has dressed some of Hollywood’s leading men, can wear his own designs like no other and calls the United Kingdom home, with the sexy accent as proof. Give us Ozwald Boateng, shaken not stirred.

Born in Ghana and now based in London, Mr. Boateng began making bespoke suits in 1990 and never looked back. He is widely credited with introducing Savile Row tailoring to a new generation and his clients include Will Smith, Laurence Fishburne, Jamie Foxx, Samuel L. Jackson, Russell Crowe, Keanu Reeves, Mick Jagger and P Diddy.
it’s high time that Ozwald Boateng suits, help define James Bond‘s physical assests and in my book he is the perfect designer to dress Idris Elba or any other actor who may be chosen for future installations of the movie franchise.
Click HERE to see a preview of a documentary based on the designer 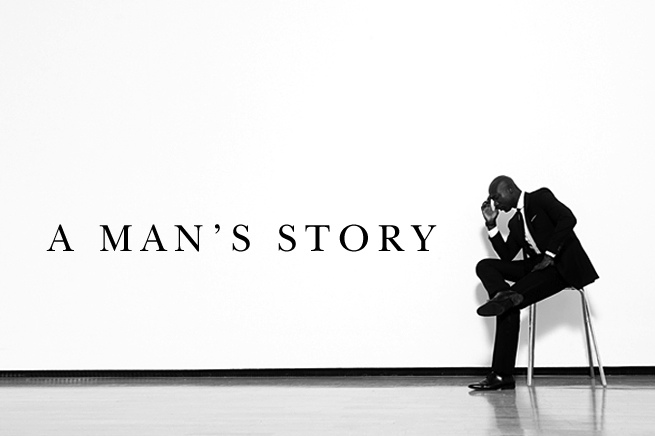 DEALS GALORE, fashion, HERE A TREND/ THERE A TREND, Stealing or Dealing, Uncategorized

For The Most Wonderful Time Of The Year: InCase Stuff It is something we carry with us everyday. We can’t eat, sleep and sometimes do the unmentionables without it in our presence.  Accessories these small devices, and  showing them off should be done right.  Our smart phones and computer tablets are devices that can easily fit into our handbags, but why do that when we can have another excuse to express ourselves.  This gift idea ranges from the personalized to the name brand.  For some who don’t want to spent a lot, to others who would spend money for what they love, and I’m quite sure most of us will be weighing our options within the Mac users category.

Since we Apple devotees have already shelled out hundreds to thousands of dollars for our Macbooks, IPads and IPhones, getting our mac kiddies all dressed up with customized  logos or art work would of cost pretty pennies most of us weren’t willing to spend.  We rather save it for the upgraded versions of our mac kids.

Well I’ve found two sites that can help us dress up the Macs in our lives and make them look like our very own tech offspring.

Grove Made is a company, based in Portland, Oregon, that customizing cases for  Iphone 4, 4s, IPad2 and has several MacBook Air and Pro backs, all handmade from Bamboo and hand rub with coats of their custom natural oil/wax blend,  if you want it.  in addition, for IPad2, they also have beautiful leather engraved cases. 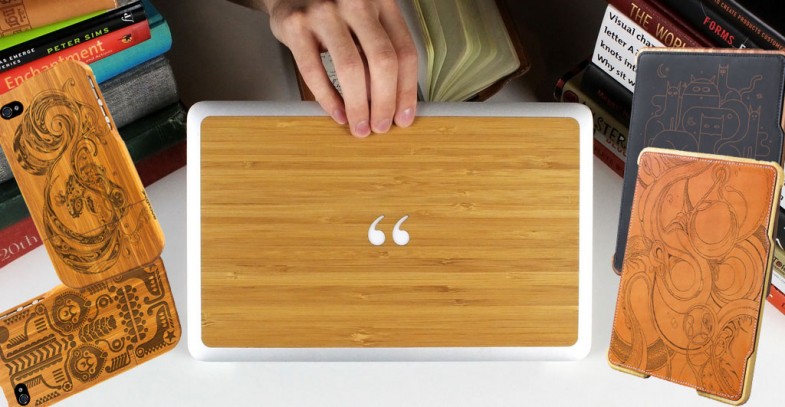 Case Mate should be a mate to whoever has a smart-phone, or computer tablet.  This site has cool one of a kind cases with graphics, artwork and logos for Blackberry, Samsung, HTC, IPhone smart-phones and several tables like Amazon Kindle Fire and Blackberry Blackbook.  Another biggie, customizing is the way they roll for about $34.99!!  So this is great for anyone who want to use their smart devices as advertising space. Or maybe getting something from case-mate is the perfect way for the people close to you to help support your business with this loving gesture and Xmas gift in one.

Last but not least, two more online shops from my creative brethrens on Etsy.com. 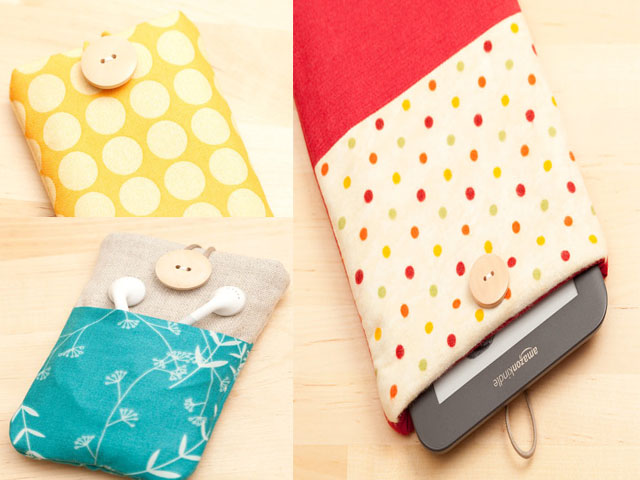 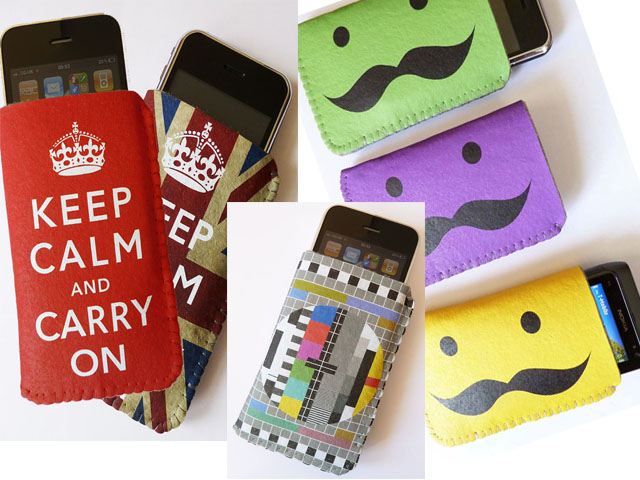 CrankCases has the some of the coolest graphics for their cases. Prices range from $13 – $23.oo