Someone is keeping tabs of what all the James Bonds have been up to.  The amount of people they’ve killed, and their kissing records are being shared just to show that Bonds like to have their cakes and kill them too.

Moscow born artist Arina Orlova is the culprit, titling her project “Kills and Kisses” which shows  Connery, Lazenby, Moore, Dalton, Brosnan, and Craig as James Bond.  “Each image is accompanied by two sets of figures: the black numbers represent the total each Bond KILLED, the red figures — the total each Bond KISSED.” 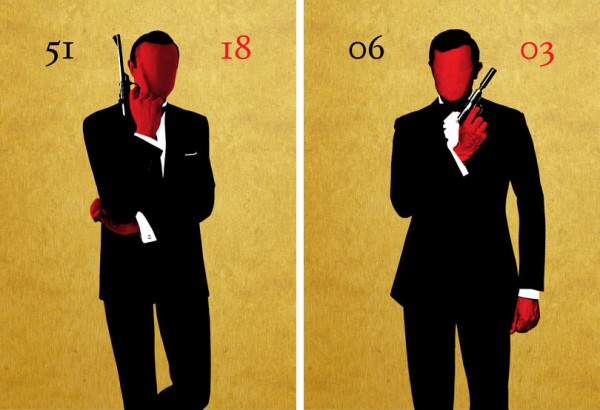 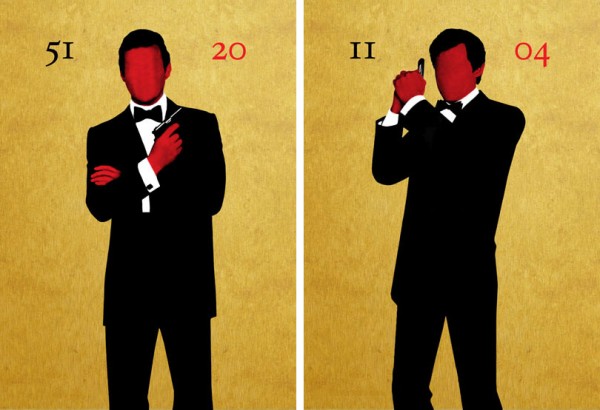 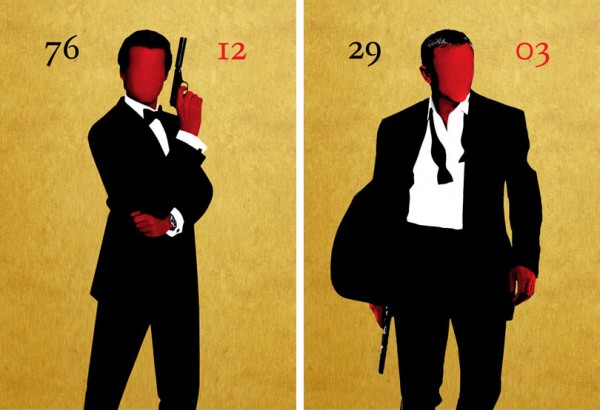 With her project, Arina raises questions such as “Did Bond become more or less violent with time? How many killed, how many kissed? How many girls kissed and then killed? How many failed to kill him?”

Don’t think the Bond girls were spared. For over five decades Bonds Girls have been there for the ride and unfortunately not all made it out alive. The second part of Arina Orlova’s looks at “how the image of the most desirable woman changed from 1962 to 2012. The Girls in red are those who died onscreen.” 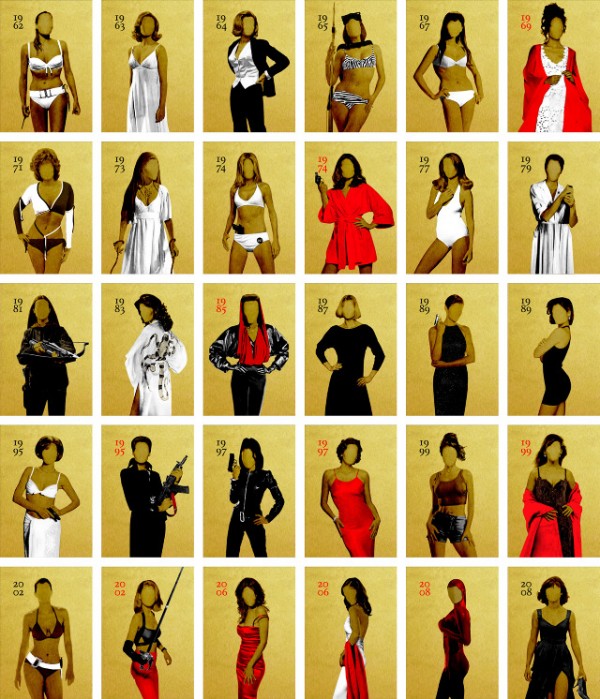 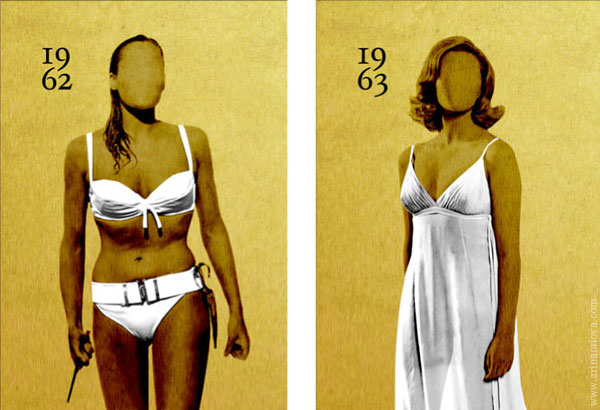 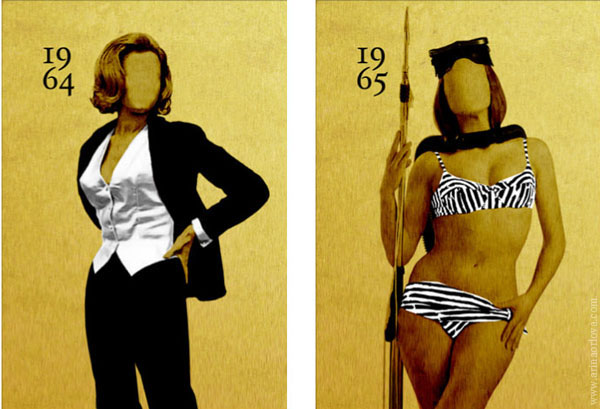 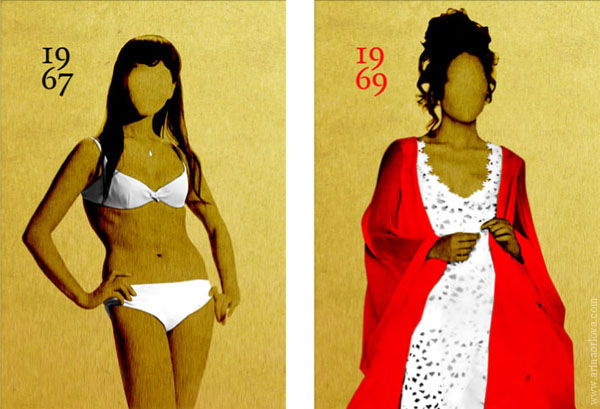 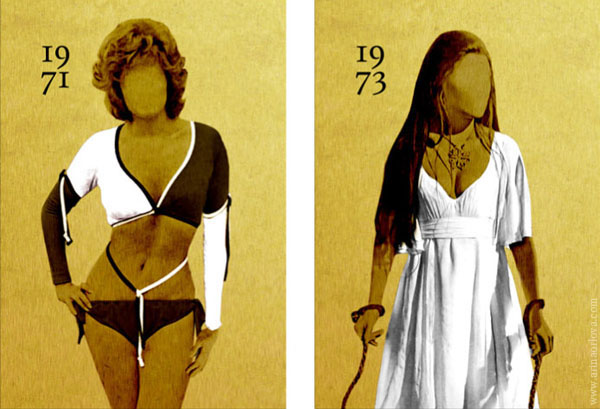 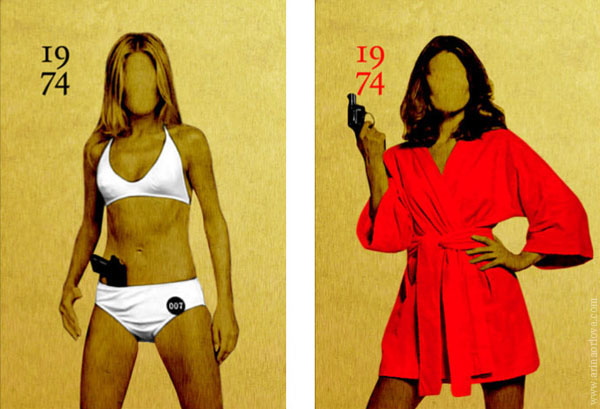 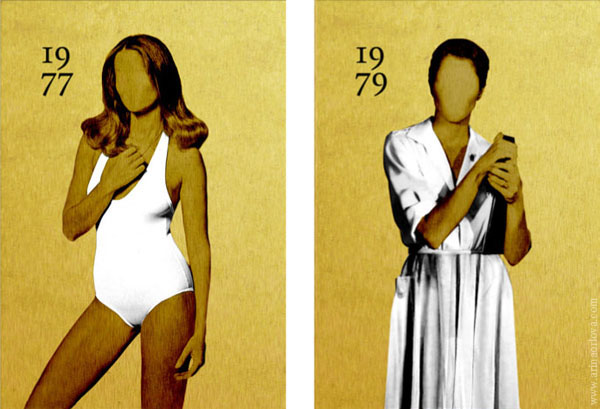 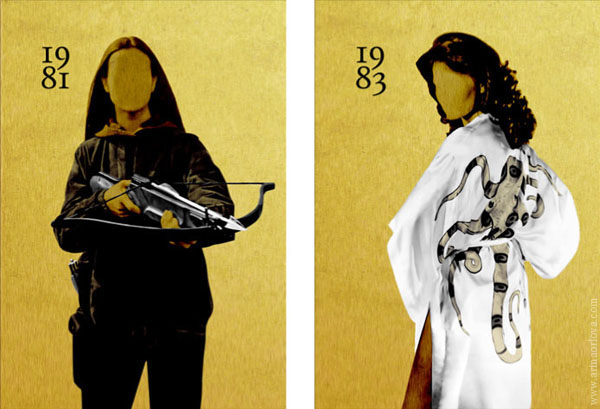 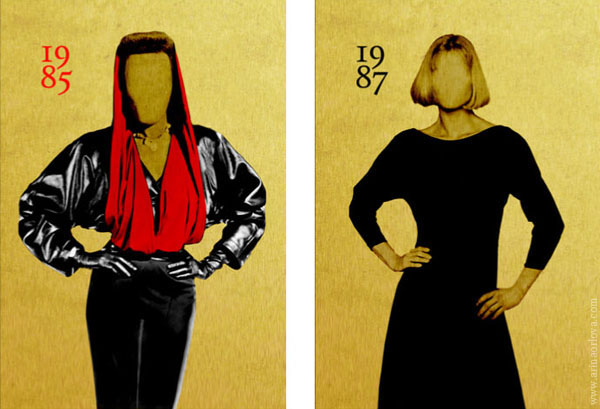 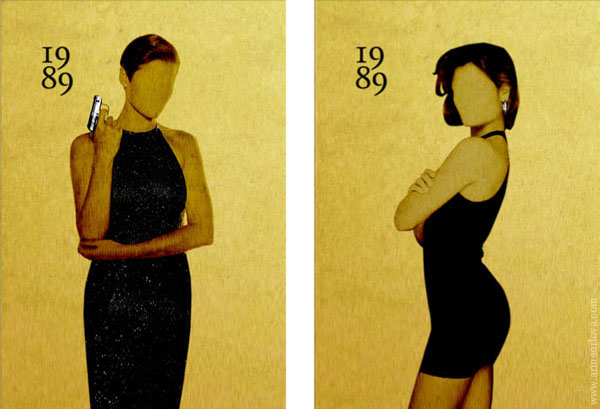 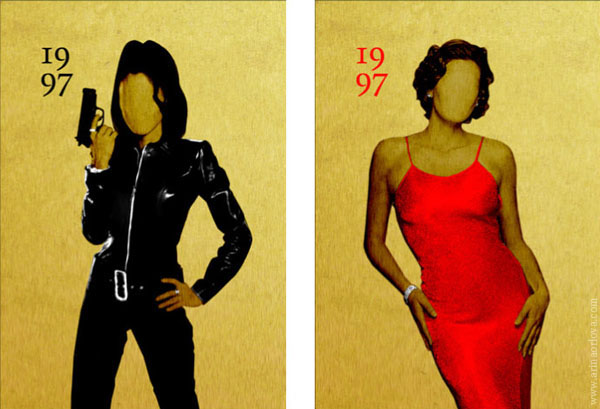 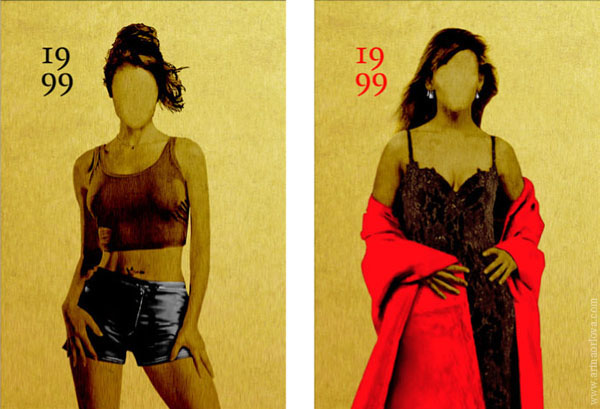 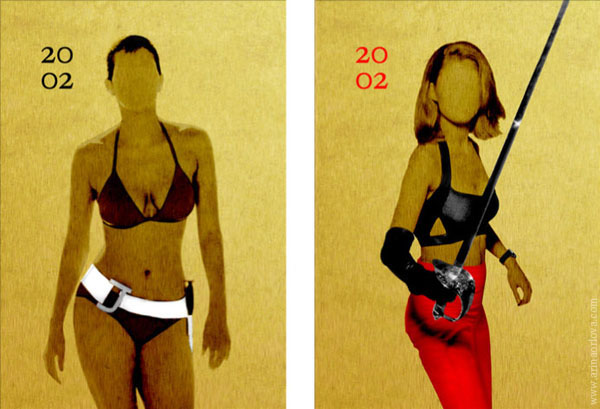 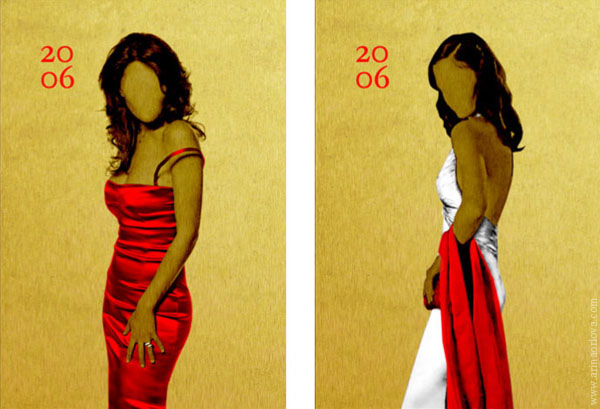 Check out more about this project at arinaorlova.com 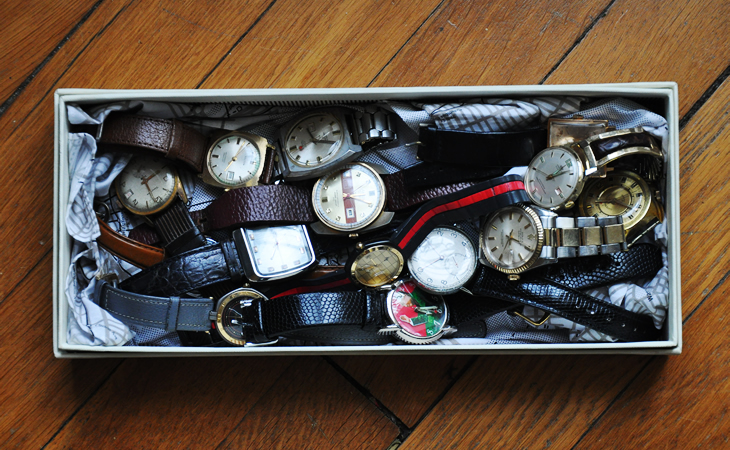 From The Boys: Watches 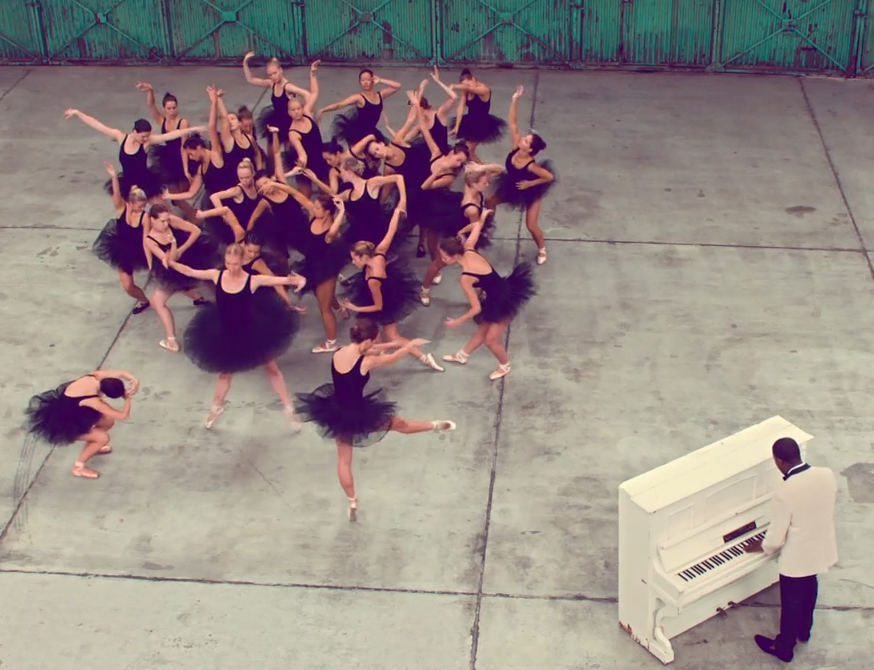 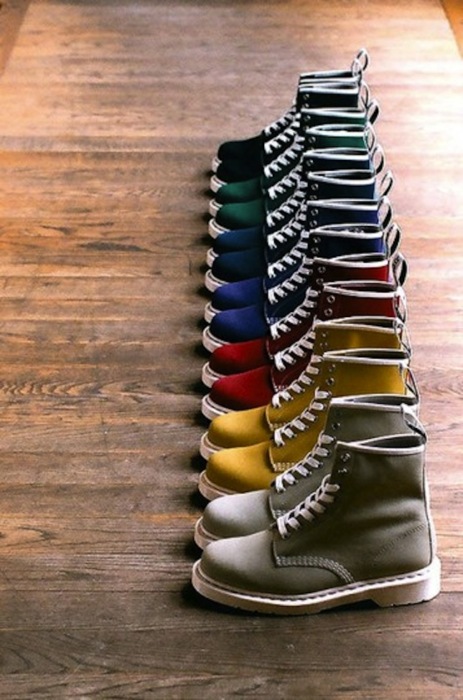 Monday Men Style: One Is The Loneliest Number.