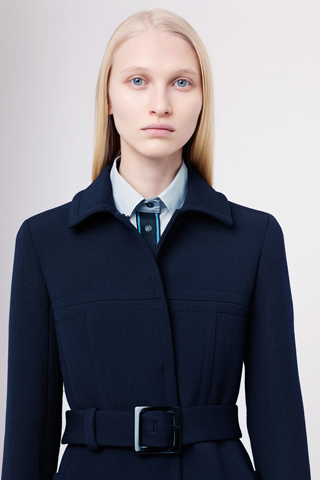 I remember, less than two years ago, finding a designer showing his or her collection live to the masses was like finding a rare gem.  There were only a handful of brave designers at the time, who took a chance letting everyone see their collections at the same time as the fashion editors who were in attendance.  When I say a handful, I mean, like maybe less than 20 designers among the four major fashion cities around the world, live-streamed their fashion shows.

Present day, and we can’t take two steps without a form of mobile technology in our hands and the fashion makers have embraced this  in the form of live streaming. Now it brings me to the list of designers you see below.

On every single day of New York Fashion Week during the Fall Winter 12/13 collections, for almost every hour, a designer will be live-steaming their F/W’12 fashion show.  They have seen the flashing light, the beauty of Live For All, and how their are some of us who just dislike the waiting games before entering the show, another waiting game just before the show starts, fifteen minutes for the duration of show, then rushing to the next  show to do it all over again. Ohh lets not forget that our required footwear during fashion week have to be 3 inches or higher from the morning to the very late hours of the night, because we do love or parties!

On the other hand, for those who don’t live in the major fashion cities, no longer do you have to wait until the fashion editors and photographers share what thoughts and photographs.  We can now give our feedback  just before, during  and after the shows.

Don’t you love some live-streaming in your life!

So to make things easier for you, I’ve found the online destination for each of the  shows.

Click on the designer’s name to go straight to their live shows for the next couple of days.  I will be updating the page with the remaining dates and times for New York Fashion Week.

5pm CREATURE OF THE WIND

Monday Men: Hike Them Up Boys

March Of The Jacobs